Avoid the “Takers”- people who steal your time and energy

How do you recognise takers? Also known as “toxic people”, these individuals with negative traits tend to drain others’ energy and usually leave them in a difficult position once they’ve been “poisoned”.

We’ve all encountered this type of people at some time or another – perhaps without even knowing it. They can sometimes be hard to spot. Where do you find them?  “Takers” cross all socioeconomic, age, gender, ethnic, personal, occupational, and familial boundaries, but here are some examples:

In a nutshell, “Takers” are people who want to take advantage of us and deceive us.

Thankfully, we all know the famous saying “The Truth Will Out”. Given the transparent world we now live in, these “Takers” find it more difficult to survive. It’s difficult to not reveal your true self on Social Media. Burnt bridges are spotted from miles away by many people and word (both positive and negative) spreads much more easily in the Digital Age. Despite this though, these “Takers” are something we all still have to deal with.

It’s easy to become jaded and think the world is out to get you. That’s simply not true. 9/10 people you will meet are open, honest and genuine. Don’t let the “Takers” – the 1/10 of people you meet – sour you on going into other business relationships with a positive attitude. Treat new relationships with trust and you’ll be rewarded.

Move away from the Takers

But do learn from your mistakes. When you spot a “Taker” – move away from them. Quickly. Don’t waste time or energy thinking about them or dealing with them. And never look backDon’t try to convert them into good people. Don’t give them multiple chances. If you spend time with the “Takers”, you’ll lose energy and enthusiasm, you’ll start to become annoyed and you’ll become suspicious of and radiate negativity to others around you – even if you’re not aware of the fact that you’re doing so.

The world is full of people who you can trust, who you draw energy from being around and who make you happy. Simply seek them out and spend time with them. You become like the people you spend time with. Be they friends, colleagues, business associates, suppliers or clients.

The best way to recognise a “Taker” is to make the most of the hindsight you can come up with after being taken from, by one of them. Make sure you’re spending time around the right people and feel the benefits of doing so.

How do you get rid of “toxic people”? We’d love to hear your thoughts.

Note: This article is adapted from the original with kind permission from Richard Tubb (www.tubblog.co.uk). Follow Richard Tubb on Google+ 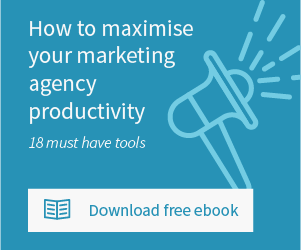 Discover Microsoft Teams with our infographic

Microsoft Teams enables business communication on an entirely new level with collaboration tools designed for the...

Coronavirus has forced an unlucky few to stay home. It’s possible that we’ll have a nation of remote workers in due...

Employees will come and go in any organisation, so it helps to have an employee exit IT security checklist to make...